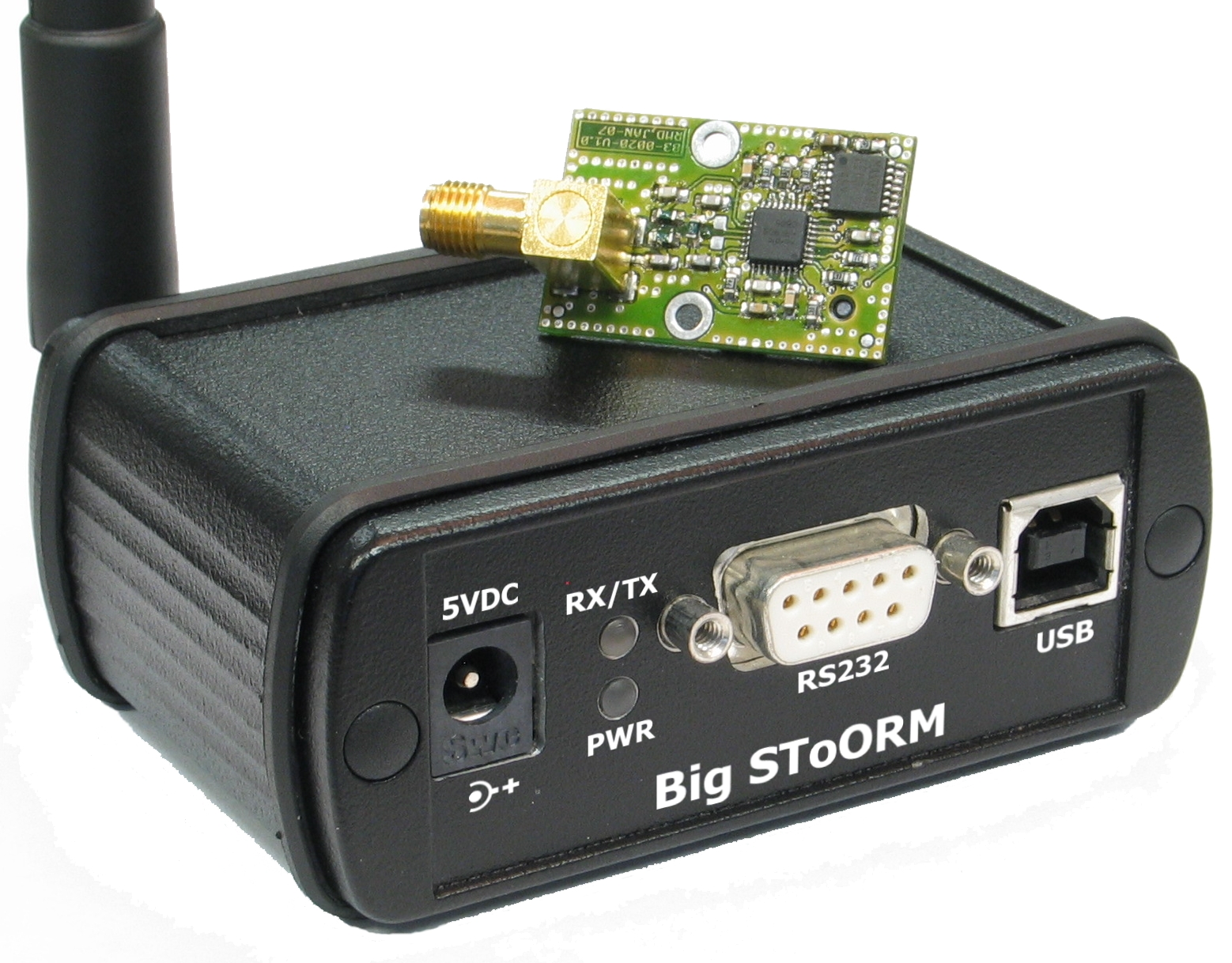 More than fifty years the code of Samuel Morse has been kept as a base standard to radio communications. One reason for us, to pay tribute to the Morse code and to let him live on in the logo of our latest product.

The radio module series SToORM was developed for easy wireless data transfer up to a distance of 1000 meters. It offers users the ability to quickly and efficiently equip its planned or already existing system with radio data.
To transmit data by radio opens up the possibility to use a system flexible and location independent. Costly wiring, especially over long distances can be reduced to a minimum.

Despite all the advantages that brings the data transmission by radio, also new problems occur.
How can, for example, several modules to each other communicate without interfering with each other. What frequencies may be used public domain. Thus, the user does not have to worry about these problems, the radio modules were equipped with extensive software to get started as easy as possible.
Advanced users have also many features available to configure the wireless modules according to their requirements.

SToORM is a microprocessor-controlled radio module with a range of up to 1000 meters. The external base variant can be connected via a USB or RS232 interface and transmits in the unlicensed frequency band of 868 MHz with a data rate of 16 kbit / s.

The tiny little SToORM – only slightly larger than a One-franc-Piece – can be easily integrated into existing hardware and has the same functionality as its big brother. The range of applications of SToORM is extremely wide; almost any kind of wireless data transfer can be implemented quickly and easily with this wireless module.

Extensive documentation and software with DLLs facilitate the integration considerably.

The SToORM radio modules are available in two versions:
An external base station Big SToORM in an enclosure with USB and RS232 interface.

The radio modules are generally driven by a protocol via the serial interface. In order to save the user the costly implementation a DLL for C ++ applications is included. To control the Little SToORM module by a microprocessor, the protocol was implemented in C too.

To send and receive data without protocol the modules are simply connected via radio in a transparent mode. Such modules can be configured from a host module via radio (there are also software updates possible). Thus, the modules can also be integrated into existing systems without changing existing software.
256 byte wide receive and transmit buffers allow to transmit larger amounts of data at once.

Little SToORM additionally has a standby feature to reduce power consumption in battery-powered devices to a minimum. A Busy Signal, which is active in transparent mode signals when the internal buffer is full.